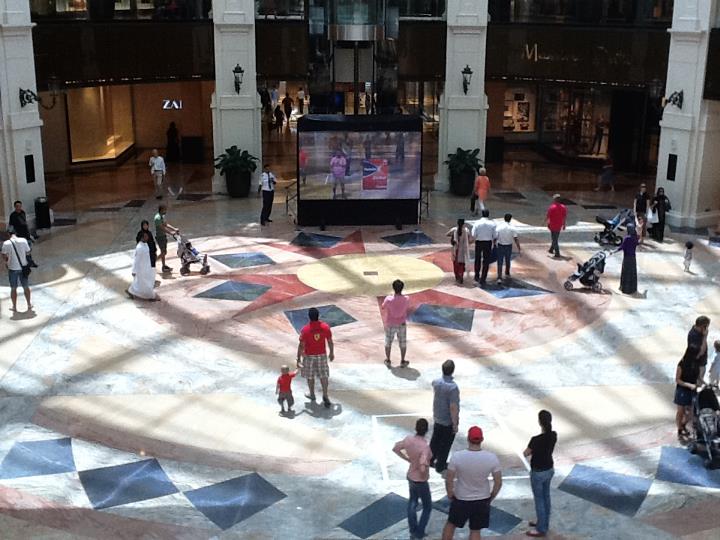 We combine our Augmented Reality software with a large display such as an LED Screen to create an engaging experience which captivates and amazes audiences of all ages. Whether it’s indoors in a Shopping Mall or outdoors at an event, we can create an interactive setup that’s designed to impress.

Using HD Video capture linked directly in to our software, the audience will see themselves on the large screen. This alone attracts the attention of passers-by. Suddenly, out of nowhere appears stunningly realistic 3D content which gives the illusion of things appearing right next to the audience and interacting with them.

A wild tiger may decide to stroll up to them and lie down, or a dolphin swims from off-screen and jumps out of the ground which has now turned in to water, splashing the audience who are taken aback. Watch peoples faces as the ground starts to shake and suddenly a full sized Tyrannosaurus-Rex appears from the side and unleashes an almighty roar before narrowly missing stepping on top of people.

We currently have over 10 themes including Shark, T-Rex, Tiger, Smiley Faces, Astronaut, Snowman + Snow, Thunder + Lightning, Robot, Alien, Submarine and more. Each theme can be re-rendered with your own custom branding or we can create an entirely new theme from scratch to your specification. 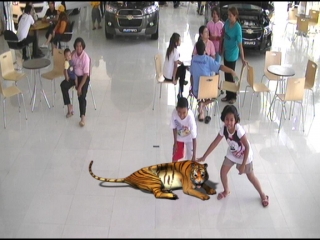 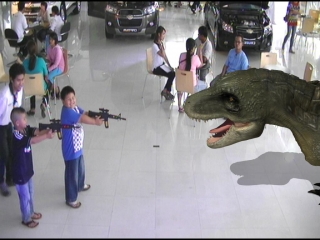 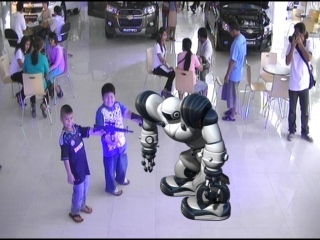 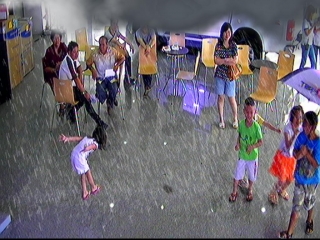